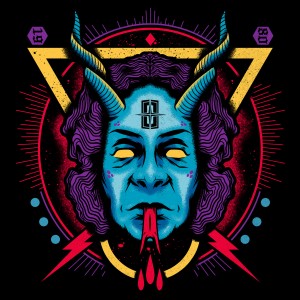 Priscilla Ford – The Blackout Club CD (Basement)
Hailing from Reno, Nevada, Priscilla Ford bang out an album of raucous turbo-punk rock, a style which I’m always happy to hear. Denim-clad booze guzzlers will dig the grimy tunes on here, as Priscilla gang smash their way through the album. It’s mostly up-tempo rock that nods to The Dwarves here, Motorhead there, Turbonegro and even The Damned, but without ever sounding like an imitation. Although the songs are all cut from the same cloth, there is a fair amount of variation, as the press harder on the gas pedal on some tunes to go straight for the throat, before easing off and letting the melodies come to the fore. There is a lot of talent and experience on display here (band members have previously served time in the likes of Screeching Weasel, Big in Japan and The Zoinks), but rather than resting on those laurels and creating something safe, Priscilla Ford have dug deep into the recesses of their punk rock histories and come up with a great take on the classic genre. Tom Chapman