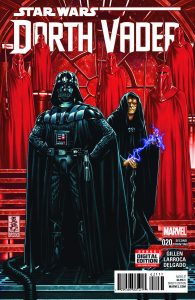 Before Kieron Gillen and Salvador Larroca’s epic series reaches its blockbuster conclusion, get caught up on the series everyone is talking about! Today, Marvel is pleased to announce that DARTH VADER #20 – #23 have all sold out at the distributor level and will all immediately head back to press! 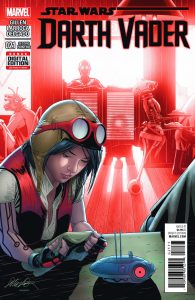 Darth Vader has been pursuing his own agenda, but now it is time for the End of Games. As the threads begin to unravel, the Dark Lord of the Sith faces his greatest challenge yet. His deadly trials against Cylo! His machinations against the Emperor! His covert missions with Doctor Aphra and her murderous droids. All will be revealed in this explosive ending – now is the perfect time to jump on board. Don’t believe us? Here’s what the critics have to say”

“This is what you show people to get them to follow Star Wars comics. An excellent read…” – SciFiPulse 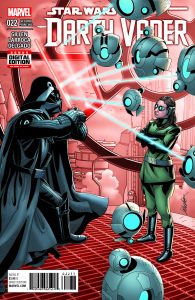 Who lives? Who dies? Find out as it all comes crashing down later this year in the highly anticipated DARTH VADER #25. Plus, get caught up when these new printings come to comic shops this September! 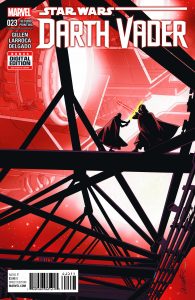