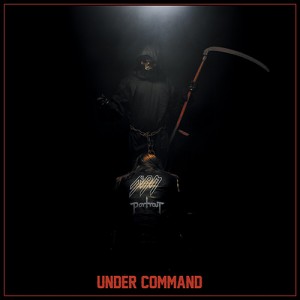 “Under Command” split album out in two weeks!

Swedish Heavy Metal titans RAM and PORTRAIT join forces for a split album entitled “Under Command” to be released the 5th of December via Metal Blade Records!

PORTRAIT have now released their cover of RAM‘s “Blessed To Be Cursed”! Please surf over to the landing page at metalblade.com/undercommand to check it out!

At the same location you can listen to RAM‘s version of “Welcome To My Funeral”, originally performed by PORTRAIT. Make sure to pre-order your copy of the split which will be available on CD and vinyl in different colours. There is also a shape available!

Comments RAM: “Why a split with PORTRAIT? Well after long nights drinking beers and raising hell with several members of PORTRAIT through the years it has become quite obvious where both bands stand when it comes to the question of what real metal is. When we started the band we could count our true supporters on the fingers of two hands because nobody was playing or listening to traditional heavy metal at the time. But Christian of PORTRAIT was one of the first people to ever get a RAM demo in his hands and we knew that he understood what we were about. Over the years both bands have progressed but that die hard attitude regarding heavy metal has never changed this split is a testament to that.”

Comments PORTRAIT: “For us it feels great to do a split EP with RAM as they have been around since before we started out and they have inspired us since the very beginning. They are one of very few contemporary bands that we feel connected to in any way, and we share the same view on what Heavy Metal is and what it can become. The material on this EP shows in a good way the vastness of this most elevated genre, from Kiss to Exciter and to our own original material – it should be evident to the listener that the roots of Heavy metal are still expanding, within and through our bands.”

RAM about their three songs:
“‘Savage Machine’ is a hardhitting song that we feel is very fitting for the split. It is straightforward hard heavy metal. It is also the first RAM song to feature our new guitarist Martin Jonsson and his brilliant guitar work.”

“Then ‘Welcome To My Funeral’ is the first song on the first PORTRAIT demo, I remember getting this tape from the band and playing it loud. We chose this song because it is a great song that we felt that we could add some heaviness to. The lyrics inspired me to add some quires here and there. It all ended up sounding really old school and dark.”

“We had a long talk within the band about what cover to choose for this split. We decided that it should be a band that all the members had a special relationship to. KISS was the band that got me, Harry, Martin and Morgan into metal back in the late seventies/ early eightiees. We wanted to do one of their harder songs so we went with ‘Creatures Of The Night’, a masterpiece!”

PORTRAIT about their three songs:
“Martial Lead is a classic Portrait style metal monster with screaming guitars, pumping bass, high pitch vocals and roaring drums. It was written about one month after our latest album ‘Crossroads’ was released. It should disappoint no real headbanger and the lyrics deal with the art of bringing madness and terror upon one’s enemies”

“We chose ‘Blessed to be cursed’ because it has always been one of our favorite RAM songs and we could also easily rearrange it a bit in order to create our very own version of it. I am satisfied with the result and especially the hypnotic feeling of the verses.”

“Exciter… the Rambo IV of the Heavy Metal World. We have always loved them and they sure understand the primal energy of Heavy Metal and how to utilize it. We chose ‘Aggressor’ because it is a perfect song of terror, fitting the concept of this split release splendidly. Also by chosing a song from the 90’s we want to show our appreciation for Exciter’s neverending struggle and their stance of opposition against all rules of right or wrong, no matter what the latest fashion is!”