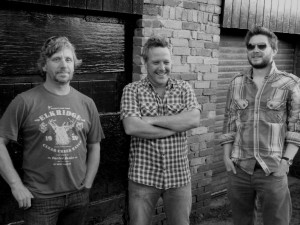 Based in Bridgend, Wales, Peachfuzz are a hidden gem of the Welsh rock scene. They play a sophisticated blend of Mudhoney style alternative rock and Social Distortion punk rock swagger that is perfectly summed up in this latest video ‘Trouble Came’ which documents the recording process of album ‘Raise High Your Bright Halo of Stars’  out now via Bombed Out Records.