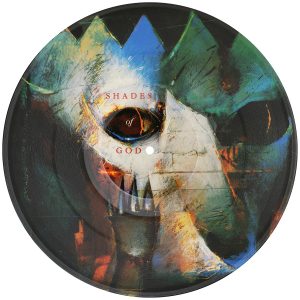 This review is not so much about the music, as Paradise Lost’s third album was originally released in 1992, and has such has been available for the last twenty four years . It’s about the fact this great album will get a proper re-issue on picture disc. Still, it’s amazing how songs like ‘Mortals Watch The Day’, ‘Pity The Sadness’ and most of all ‘As I Die’ have survived the unforgiving passage of time. Many monolithic statues have been transformed, by time, into piles of unrecognisable rubble. Not ‘Shades Of God’… it still stands firm in Paradise Lost’s ever-expanding discography as the one record that took the band towards a doomy, yet groove laden sound. An incredible record has just been made a  little better… Martijn Welzen