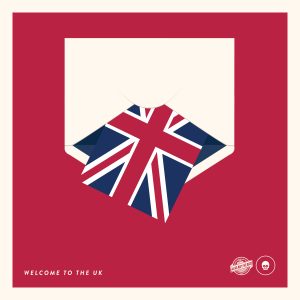 Have you all recovered from Fest 14?  If so either you’ve got no money left or you’ve come back with too much and you’re regretting NOT picking up your favorite record.  Either way, we’ve got you covered.  Missed Fest?  No worries, we’re bringing the vibes to you!

Earlier this year we launched our UK Based UK/EU store so as to make the postage of our records cheaper for you.  We also promised exclusives and we’re now delivering on those lofty promises!

We are bringing you (1) Exclusive EU Skulls (available in store from 5pm GMT on Wed) (2) A compilation featuring our favourite UK friends and bands – including lots of first listens – go here! (3) A competition to win a free 7”/12” from our EU store (courtesy of Already Heard) AND (4) HUGE additions to our UK Distro (go here and check the distro section).

The compilation is HUGE and contains first listens from: Ducking Punches, Good Friend, The Run Up and Question The Mark. 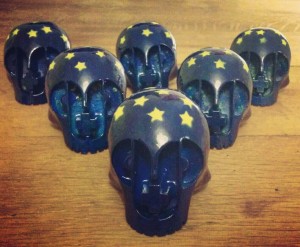 Ducking Punches will be no strangers to fans of the UK scene for good reason, they are hardworking and their songwriting is peerless.  Their upcoming LP is widely anticipated and we are beyond stoked to have the honour (and we mean that in the truest sense of the word) to give you the first glimpse of that record.

Good Friend (who hail from Northern Ireland) are a fantastic up and coming talent already writing songs of a quality way-beyond their years, expect more from them (including an exclusive video release) later in the year.

Wales’s Question the Mark provide a demo/glimpse of their upcoming record.  Historically one of the UK scenes hardest working gruff bands they have taken a backseat of late but keen to get back into the saddle and we cannot wait to see it.

The compilation also features recently released songs from Bear Trade, Mixtape Saintsand Deadlines.  It is all killer, no filler and completely free.

About the Compilation Mark Bussey (Paper + Plastick, UK) said: we have so much talent here in the UK and we are privileged to be able to feature so much of that, including a number of high profile first listens.

The full track listing is below.

In terms of the distro additions we have added records from Hospital Job, Against Me! Alkaline Trio, Gateway District and MANY MANY MORE!