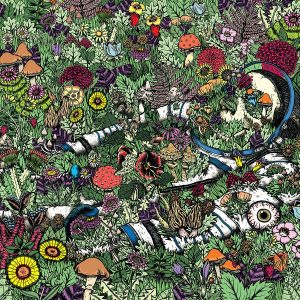 Madness, if we take the last year as an indicator of humanity’s general behaviour, is not only contagious, but has mutated into a virulent global epidemic. And being surrounded by all that crazy does strange things to rational, intelligent, clear minded people. It makes them angry. In fact it makes them so angry, that they frequently choke on their fury; and because they have no direction in which to focus it, it begins the slow, but inevitable process of consuming everything that they were, are and ever will be.  Or at least it did until Oozing Wound provided an outlet for it with Whatever Forever, a full force, flying kick to the head that draws on the raw essence of The Melvins, VoiVod (circa War and Pain), early Nirvana and Beyond Possession to shock you into channelling and focusing your rage positively through a combination of spastic dance moves, semi-orgasmic gurns and head banging.  It’s a brutal fusion of hypnotic power and mesmerizing, pounding metallic chaos that’s guaranteed to cure whatever ails you.  Lock the doors, turn off the lights, press play and all will be well… Tim Cundle