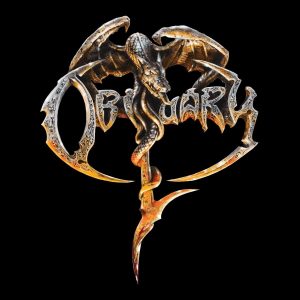 There’s always ongoing discussion about whether a band should progress, to the extent that the later albums bare almost no resemblance to their debut whatsoever, or whether they should remain, relatively close to their roots. Obituary fall into the latter camp. Releasing a ‘self-titled’ album this far in their career seems to suggest the band has also come full-circle. Album number ten is as evil, loud and dirty as ever and contains all of the bloodsoaked ingredients an Obituary album needs; and its almost insane how the whole record gets torn open by a sharp knife called Brave so that its guts come tumbling out; and just when you thought youd reached the limits of brutality, along comes Sentence Day and its seriously insane guitar work and following that second tarck, the fun just never ends. The Tardy brothers are still the backbone of the band, and it’s amazing to hear how John’s voice still holds up after 30 years of the deepest grunts imaginable. Whereas the grunts and ten-ton riffs where sometimes a little too much on previous records, their sound has now opened up a lot more. And Obituary are better than ever…Martijn Welzen