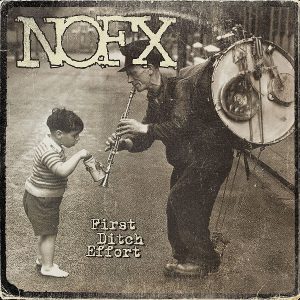 You know the story of the old prize fighter? He’s the guy who spends the early part of his career destroying anyone who steps into the ring with him; his natural ability, energy and innate understanding of his art carrying him straight to the top of the food chain and endearing him to fans and audiences all over the world. Once there, he then spends the middle part of his career treading water, enjoying all of the benefits that his domination of the squared circle have brought him, doing enough to just get by and while he loses a few, he scores enough points only victories to keep his fans happy. Then one morning, he wakes up, realises that time is fleeting, sets out to rediscover everything that made him special and in the tenth round of his career, agrees to fight one of the greatest opponents he’s ever faced.  He comes out swinging like a meth fed, rabid Pitbull and batters his supposedly unbeatable adversary into a bloody pulp before the first round is thirty seconds old. That prize fighter? That’s NOFX and that comeback fight against almost impossible odds? That’s First Ditch Effort. It’s a furious, intense, full throttle throwback to the halcyon days of White Trash… and Punk in Drublic and is almost certainly their best record since So Long and Thanks for all the Shoes. Packed full of catchy as an STD in an unregistered brothel punk rock anthems that veer between the darkly humorous  ( Sid and Nancy and Bye Bye Biopsy Girl ), the brutally honest and incredibly personal (I Don’t Like Me Anymore and I’m a Tranvest-Lite) and the strangely, although not in sexy way, touching (Generation Z). And don’t even get me started on I’m So Sorry Tony, which is quite possibly one of the most thoughtful and immediate punk rock odes to a fallen friend ever written, and like Pennywise’s Bro Hymn, is destined to become a live favourite. I don’t know where the fuck the real NOFX have been or what they’ve doing for nearly two decades, and if I’m honest I don’t really care. All I do know, and all that I really care about, is that they’re back with a vengeance. NOFX are great again. Get used to it…  Tim Cundle