Warning: preg_match() expects parameter 2 to be string, object given in /var/www/vip4/sites/vip6102689/httpd/htdocs/wp-includes/formatting.php on line 4866
 No Man's Land - No Way Back Home - Mass Movement
x
Spread the love 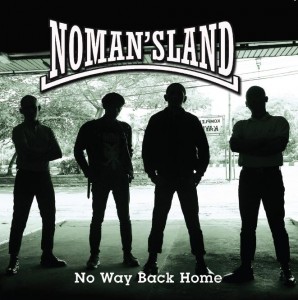 No Man’s Land – No Way Back Home LP/ CD (Aggrobeat)
Indonesia’s oldest oi! band No Man’s Land have been going for some twenty years and this here is their 8th album! Admittedly most of those releases were small runs of cassette-only releases, but recently Aggrobeat introduced this powerhouse to the rest of the world by releasing a best-of compilation and featuring them on the “Oi! Made In Indonesia” comp. This album delivers exaxrly what is needed. Straight up oi! oi! music, influenced by the UK brigade, think The Oppressed or Cockney Rejects in their heyday and you won’t be far off the mark. Musicianship, performance and production is all top quality, this can easily compete with other bands on the global stage. I love the fact that for many years now “Oi! Rare & Exotica” bands have been playing top quality music, whether they are from the USA, UK, South America, Russia, Malaysia, Australia, Japan or wherever, the doc marten beat is a global style that never gets old. No Man’s Land are definitely no mere copycats but their bring their own stamp to the genre and have put together a great album in “No Way Back Home”. Tom Chapman