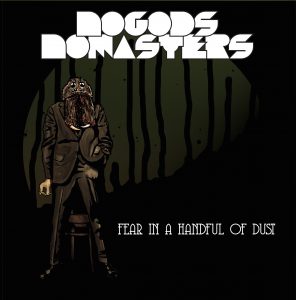 Just when you thought you’d heard the heaviest of heavy things, something comes along to prove you wrong and crush you under the weight of its devastating power. That something in question is of course, No Gods No Masters.  If 16 channelled the spirits of Iron Monkey and Grief while driving a heavily armoured tank into battle, they’d only be half as heavy as No Gods No Monsters. And if they then stood on top of said tank, alongside a ten megaton nuclear warhead, playing songs carved from Mount Doom while manifesting the spirits of the previously mentioned and much lamented bands and drove straight into the heart of an erupting volcano, the searing, final, riff laden devastating explosion that would consume everything in a three mile radius in radioactive fire, that is No Gods No Masters . They are the sound of beautiful, sludge fuelled destruction and they are absolutely wonderful … Tim Cundle