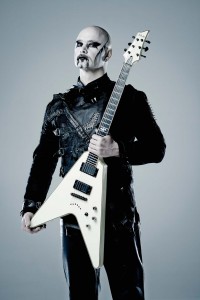 That means lot of great records have to be skipped for this time. Let’s explore some happier ones which made this selection… 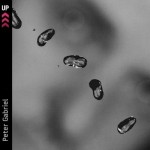 Peter Gabriel – Up
It is hard to mention which record is my most favorite Peter Gabriel album as I have and love all of them. This man is huge inspiration and influence for me. So for now I have chosen this one as I have listened to this one through current period again. This record shows Peter’s move more toward the electronic stuff but he has always been kind of pioneer in exploring new possibilities and so this record only confirm him as real multi genre artist. Also Signal to Noise is a kind of special song to me. Not even it is phenomenal and exceptional composition but I did instrumental version of it during one special guitar event gig. 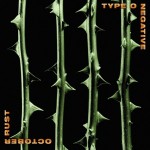 Type O Negative – October Rust
Another pure classic record for me since its release. Plenty of great songs on this one but what I love most is the unique, almost like gothic autumn atmosphere. Just try to close your eyes while listening and you will see the falling leaves. Once you hear the mesmeric voice of Peter Steele you must fall in love with it. Such kind of special sadness and melancholy that truly touches me. I have not probably listened similar record or even band like Type O Negative. Personally I also take this masterpiece as the flagship in different view of music production with all those keyboard soundscapes, distorted bass and guitars and even taste incorporation of drum machine. And it is also really great album for bedtime frolics. I have some experiences and great memories about those, haha. 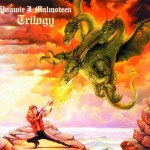 Yngwie Malmsteen – Trilogy
I would probably name more favourite guitar oriented records of mine but this one was the first I have heard and this record turned me into seriously practising lead guitar stuff. Until that time I was just punk guitar player with no ambitions to ever play any solos or lead stuff. Lot of people arguing that Yngwie’s playing is just nothing but all about speed but I would recommend to check out his incredible vibrato as well as overall tone quality.
Funny story behind is I have found tab for whole entire record and spent a lot of time by practising over it but was really unable to play some bits until I saw Yngwie to play them completely different way. Although the mentioned transcriptions were official tab book it has not been written down so well. Quite a lot of wrong finger positions and other mistakes. So since that time I never believe even official music score books, especially guitar tabs as I have found many mistakes and inaccuracies over the years in other ones as well. 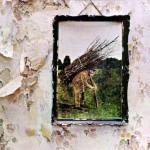 Led Zeppelin – IV
This was my favourite album back then I have not even play the guitar or any other instrument. I just sat, listened and thought how great it would be “walking” in Jimmy Page’s shoes as he is one of my TOP 5 guitar players. Actually I have placed him as the 2nd of all times. The 1st place is always changing per my current mood or the style I am trying to focus on but Jimmy with his wild bluesy lines stands still in his position. This is also one of the record which helps to develop or has great impact on first heavy metal musicians so I would call it something as pre-heavy metal era. 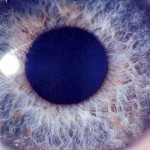 Dan Swano – Moontower
I am big fan of Dan’s music. I have always had huge respect for multi instrumentalists so I did choose this one as it has been completely written, recorded and produced by him. There is noticeable amount of unique tint of something I would call Scandinavian atmosphere. This record with its retro sound and songwriting approach is also great look back into the past. I love listening to this one just lying on my back: in the bedroom, couch or outside somewhere on the meadow and either just watching the clouds passing by or with eyes completely shut. Hard to explain but I am sure everyone understands what I mean. 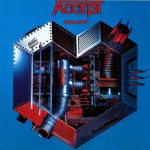 Accept – Metal Heart
Back then when I started to play more seriously Accept was my most favourite band and Wolf Hoffmann is still one of my biggest guitar heroes. He is such a complex guitarist both in rhythms and leads and made so many impacts to my playing. It was like my daily bread to listen to those stunning riffs and solos with so much passion it them and of course trying to imitate or absorb some bits into my own vocabulary. This record and whole Accept is also great example of perfect twin guitar band. Unfortunately I have never seen them live but this might change very soon or at least I hope it will. 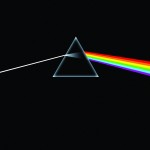 Pink Floyd – Dark Side of the Moon
This one is without doubt big milestone of all times since 70’s. There are only few albums where you can really say that without this one the future music with its atmosphere and emotions would sound much different. The independent part of this album are of course Roger Waters lyrics. So it is exceptional record not only by perfect, almost hypnotic music but those lyrics have added whole new dimension to this phenomenal project. I am pretty sure this record influenced whole new generations of bands towards many genres(Opeth, Dream Theater, Porcupine Tree, Anathema, Radiohead and many more). So it did influenced me as well. 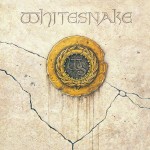 Whitesnake – 1987 – Serpens Albus
I would say this is kind of album everyone should has own. This is an absolute essence of hard rock, pure textbook or guide to the highest quality of rock music. However of course David Coverdale is the main man in Whitesnake this one shows amazing talent of John Sykes, great guitar player, composer and singer(check out the first album of his later band called Blue Murder). Immortal songs like Is This Love, Still of the Night, Bad Boys, Children of the Night, etc, simply all of them. There is probably no weak place in this Opus Magnum so I never get bored to listening to it. 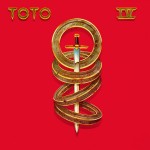 Toto – IV
I am a big fan and love this band so much. Every record of them is full of real musicianship, wise arrangements and mainly: great songs. So, it is pretty educational for all musicians and not only helped to develop myself as a guitar player. Because of TOTO I did learned to listen to the music not only from the view of guitarist. I would probably choose almost whatever from TOTO but this one has so many great songs in one package. Also contains one of my moste favourite ballad: I Won’t Hold You Back. Kind of personal you know, everybody has come through couple of break ups. And Steve Lukather is nothing but a guitar god for me. I also admire his vocal abilities, those I am gonna never have myself. 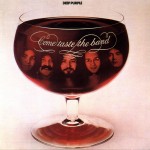 Deep Purple – Come Taste the Band
Most of the people would probably vote for some albums from MKII or MKIII lineups(whose I love as well) but this one is special for me. It shows the band with quite big move to the new approaching era(however shortly lived) and I have always liked when bands try to discover and absorb new musical elements or styles(however this is often incomprehensibly refused by diehard fans). Released the same year I was born and even been printed as licence record in my country during the communism era. Back then there were only a very little amount of interpreters who made it.