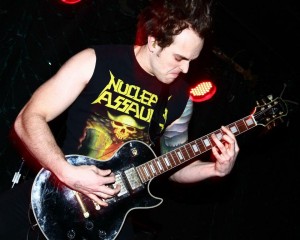 This is an interesting task, as I am a voracious consumer of information. It’s probably more challenging to come up with a list of “ten most influential books” rather than a list of favorites. It’s also a bit challenging to resist the urge to post things that you like now or things that will make you look cool – rather than things that have legitimately changed your life. That said, here is my best effort to put forth the latter – which, in this case, has a lot of stuff about human behavior and business since in my life outside of Like Rats, I own a gym in downtown Chicago called South Loop Strength & Conditioning. 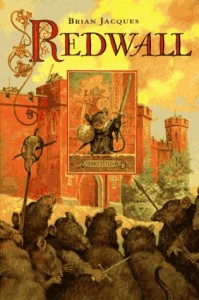 As a child, I was an obsessive reader. I started with young adult mystery series like the Bobbsey Twins and the Boxcar Children, and was also obsessed with Goosebumps. However, one of the defining characteristics of my youth was being really, really into fantasy novels. Redwall was probably one of the first books of this style that I read, and it kicked off a nearly decade long obsession. I still remember reading these books and desperately, desperately wanting to eat the Deeper’n’Ever Turnip’n’Tater’n’Beetroot Pie 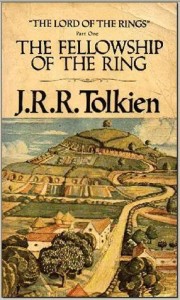 “The Fellowship of the Ring” by JRR Tolkien

After plowing through just about every young adult fantasy series available, this was probably one of the first “adult books” (lol) that I ever read. I remember purchasing this from the book catalog that would be circulated in our school in sixth grade. This was a challenging read for a sixth grader – especially the seemingly interminable Council of Elrond. Like most metal musicians, this has been an all-time favorite, and this also opened up my eyes to the possibilities of creating entire histories, languages, and geographies of imaginary places. The level of creative depth in these books completely blew me away and altered my perception of what is possible in an art form. 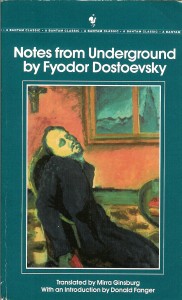 “Notes from Underground” by Fyodor Dostoevsky

Man, did I have some teen angst. I can make cavalier jokes about it now, but I was a relatively tortured adolescent. For me, though, this didn’t manifest itself in total rebellion, in drinking or drugs, or in isolation. Instead, I was overly intelligent, overly self-aware, politically confused, and riddled with social problems. I was also appalled by the seemingly incessant stupidity and happiness by those who surrounded me. Thus, I had a lot in common with the Underground Man. Everyone else in my high school English class hated this book and hated the Underground Man. But, I was like, “Hold on guys that’s me.” 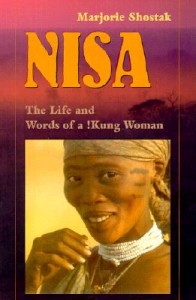 “Nisa: The Life and Words of a !Kung Woman” by Marjorie Shostak

I read this book in a college anthropology class. I think that this was probably an early introduction to an ancestral model of thinking about human behavior and health. The concepts of human universals as well as the possible massive variations across cultures completely blew my mind. Based upon my exposure to massively polemic punk and hardcore as well as reading lots of books and magazines challenging political and societal paradigms, it was nothing new to me to question our normal social order. However, this book made me completely reconsider what it means to be a human being – and also to question how our current lives relate to the lives that we evolved to live. 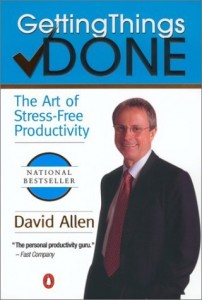 “Getting Things Done” by David Allen

I am a freakishly systems-oriented thinker – and I often annoy people who work with me or live with me with my goal of systematizing pretty much any task or obligation. This book showed me a whole new level of organization and task management. Most importantly, this taught me the importance of externalizing to-do lists and creating a system that you trust so that you don’t have to constantly be spending mental energy worrying about what you’re doing and what you should be doing instead. To be honest, I still spend a lot of time worrying about this, though.

Ever since reading this, I’ve been running some form of Getting Things Done in my own life. I use this to manage my business (South Loop Strength & Conditioning – www.southloopsc.com), my band (Like Rats), and my personal life. I have a recurring task on my to-do list on Tuesdays that tells me to shave. What is wrong with me. 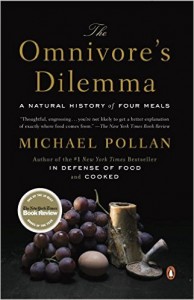 “The Omnivore’s Dilemma” by Michael Pollan

I went vegetarian as a twelve year-old based upon a very unsophisticated understanding of animal rights. I went vegan as a sixteen year-old upon finding out the horrors of industrialized animal agriculture through bands like Propagandhi. I stopped being vegan as a twenty-four year-old after reading this book. I thought of agriculture as being very obviously black and white based upon whether or not animals were involved or not. This book taught me a lot about the various shades of grey, and sent me down a path that resulted in me no longer being vegan. I’m still concerned with the ethics of where my food comes from, but I now think the issue is much more complicated than simply animals versus plants. 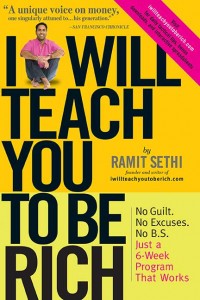 “I Will Teach You to be Rich” by Ramit Sethi

This is something of a placeholder since Ramit’s blog, e-mail list, and online courses (www.iwillteachyoutoberich.com) have massively impacted how I run my life and my business.

This book is more about systematizing and managing your personal finances, and, after reading it, I set up all kinds of automations and Roth IRAs and all of that. However, IWT has also released all kinds of courses on business development, human psychology, copywriting, and marketing.

In running my gym, my role has evolved from a coach to a marketer. My primary responsibility is now making sure that people are finding out about the gym, encouraging them to reach out for more information, and building trust with them so that they believe that we can do what we say we can do.

Ramit’s courses have affected pretty much every client-facing aspect of our business and they taught me how to move from “back room coach speak” on lactate endurance protocols and structural balance to building a real relationship with clients. 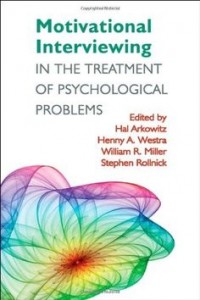 “Motivational Interviewing in the Treatment of Psychological Problems” by Hal Arkowitz, et al.

I’ve always struggled with understanding other people. People say they want to do something (like lose weight, quit smoking, or start a new business) and then do basically no stuff to move toward that goal. Are they lazy? Are they just not sure what to do? Are they stupid?

This was all very confusing to me for most of my life and I had a hard time resisting the urge to just vomit information at people whenever it seemed like they weren’t sure what to do. I love information and knowledge, so everyone else also does, right?

This book completely reshaped how I approach coaching – and, quite frankly – socializing with other human beings.

This taught me how to have true empathy, and also how to help guide someone through a change process without being pushy or overbearing. 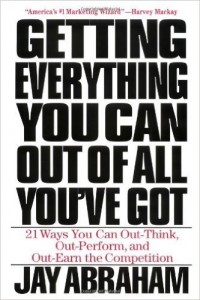 I opened my business as a coach with no idea what I was doing. I had all kinds of negative ideas and scripts from my time in punk and hardcore as well as some sort of teenage political theorist (ugh). Based upon that, my attitudes towards sales and marketing were completely broken and counterproductive – and in many cases dramatically affected our ability to make enough money to keep the gym operating.

Jay’s concept of fiduciary responsibility in all fields resonated so strongly with me that I immediately understood how to approach sales and marketing without being a sleazy, salesy person and without being a passive loser who is afraid to ask for money.

I still have plenty of head trash surrounding these issues, but this book reshaped how I think of marketing and opened my eyes to the power of working to become your clients’ most trusted advisers. 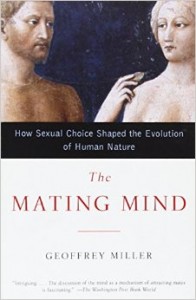 “The Mating Mind” by Geoffery Miller

I remember texting some friends after finishing this book saying that it was the first book I’d read in years that had legitimately changed how I think of the world. The premise of the book is that most of what we consider to be “human” behavior is an outgrowth of a runaway train of sexual signaling (think peacock’s tail). The reason that we have language, jokes, music, art, architecture, complicated social grouping, a desire to collect things, morality, etc. is that this is what our mates find attractive – so we developed more and more of it over generations until we became weird, preening, dancing apes. I think that this is basically the coolest thing ever and I smile about it on a daily basis

Like Rats new album, ‘II’ , is released by Southern Lord and is available now.