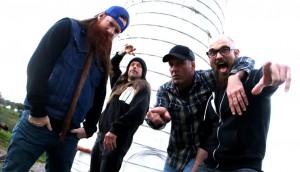 Back in August of 2013, Moonbow released their critical acclaimed debut album ‘The End of Time’. For the last 2 years, they have been writing a lot of material and playing shows in between David McElfresh’s touring with his other and well-known band Hank 3. During Moonbow‘s writing process, vocalist Matt Bischoff and guitarist David had the idea to put out an acoustic record of songs that were very personal to them and what later would become “Volto del Demone”. The songs were recorded between December 2013 and April 2015 at The Den recording studio in Petersburg, KY. Now Moonbow finally unveiled their upcoming album artwork & tracklist for “Volto del Demone”, that also features a very special guest appearance of Hank 3 himself on vocals, drums, bass, keyboards & bizarre atmospheric sounds on the song “Face of the Demon”! 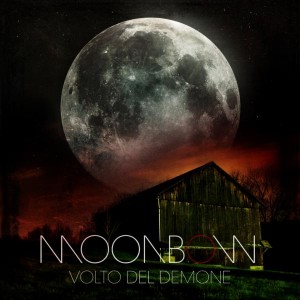 The tracklist of Moonbow‘s upcoming record reads as follows:
1) Devils Floor
2) Take me Home
3) Volto del Demone
4) The Wait
5) Memories Ahead
6) Mission 35
7) One Way to Die
8) Face of the Demon (Featuring Hank 3)