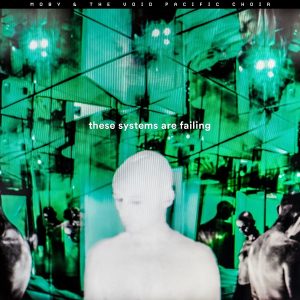 Whenever Moby is involved in a new album, there’s absolutely nothing you can do to prepare you for how it’s going to sound. For three decades, he’s dabbled with as many different genres as he can, across a wide variety of instruments. If he makes a punk album one year, there seems to be nothing stopping him rolling out a dark techno one the next. It’s an approach that keeps his output relevant, evolving, and entertaining.

So when his latest project comes out with the suffix of ‘The Void Pacific Choir’, I was essentially prepared for a more symphonic effort. With massive aural soundscapes. Naturally, I was wrong on that front as the album is entirely electronic, and what we’re actually presented with is a release that could almost fit in between Marilyn Manson’s Antichrist Superstar and Mechanical Animals, with slightly less anger and a few more Pet Shop Boys’-esque choruses.

Complete with a video manifesto, each track comes thumping in with chants of anti-establishment themes, with a will to let society fall in order to rebuild. There’s no denying it’s timing is apt, with the United States currently in a state of utter shock and confusion with what to do with the upcoming election. It’s very much an album that fits into 2016, while musically sounding like it came from the mid-90s.

His second release of the year, it’s always worthwhile keeping up with what Moby has been undertaking, from releases that are guaranteed to be massive hits and be used in movie trailers for years, to more personal outings he might have penned in the space of a week or two. This is absolutely in the latter camp, and it’s probably more interesting for it. James Connors