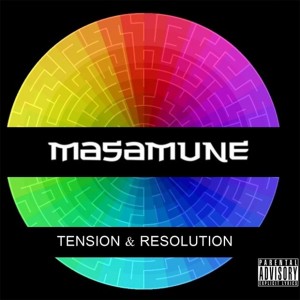 Masamune – Tension & Resolution MCD (DIY)
This is the debut EP from this four-piece based in Sunderland in the North East of England. The artwork for the record makes an impression before you’ve even put the disc in. A circular labyrinth of colour conjures up images of a world beyond ours, and when the first song begins you are taken on a spatial musical voyage into the world of alt-rock. Masume use textures in their music to great effect, on songs like “The Bloodlines” or “The Song About Ghosts” they start with a fragile guitar and vocal line, before adding layers of guitars and vocals. It’s a tried and tested way of building a song but it works time and time again and these guys do it very well. They keep their sound reined in too, where some bands would be tempted to drop in a heavy screamed vocal, Masume keep things under control with clean sung vocals throughout. The overall effect means the songs have catchy hooklines that would appeal to fans of the likes of The Killers. A very promising debut. Tom Chapman