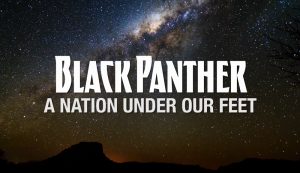 Marvel Comics is proud to present an unprecedented approach in introducing the world to Marvel Comics and the next great breakout Marvel Super Hero – the Black Panther. Masterfully merging animated comics with in-depth narration and commentary, this fresh new video series is designed to present a whole new audience to the world of Black Panther timed with his cinematic debut in Marvel’s “Captain America: Civil War” and bolstered by the character’s best-selling comic book series.

Black Panther #1, written by The Atlantic national correspondent and National Book Award winner, Ta-Nehisi Coates, accompanied with outstanding art by Brian Stelfreeze, garnered international buzz and attention upon the announcement of this series in 2015 and debuted as the best-selling comic for the month of April. Marvel continues the excitement surrounding Marvel’s celebrated Super Hero T’Challa, the Black Panther, through a groundbreaking hip-hop inspired video series. 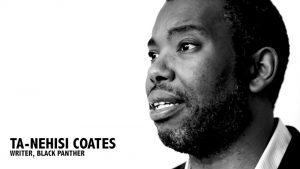 Working with production house, Bow & Arrow, Marvel will be releasing a series of bold hip-hop driven animated videos devoted to presenting Black Panther, his kingdom of Wakanda, and the Marvel Universe to an all-new audience poised to embrace this powerhouse of an icon.

“Black Panther #1 drove new fans into stores across the county, topping the sales charts and selling out in two days,” says Editor In Chief Axel Alonso.  “This series of videos will direct even more eyes toward the most discussed comic book series – and character – of the year.”

Beginning today with “Black Panther 101”, fans of Marvel, both new and old, will be able to take a deep-dive into the history of T’Challa to spotlight why the Black Panther is one of Marvel’s greatest heroes of all time narrated by current Black Panther writer, Ta-Nehisi Coates.

“After decades of great work done on Black Panther — everyone from Reginald Hudlin to Don McGregor to Christopher Priest — it really is an honor to be writing King T’Challa,” says Coates. “Add to that the masterful performance by Chadwick Boseman as the ruler of Wakanda and it really feels like this is Black Panther’s time.”

Capitalizing on the excitement around Black Panther’s cinematic debut within Marvel’s “Captain America: Civil War” and backed with an expansive marketing reach and vast digital distribution, this new video series is positioned to reach global proportion and will further emphasize how Marvel is the premiere name when it comes to world building, story-telling, diverse character development and will truly secure Marvel with the moniker of the House of Ideas. 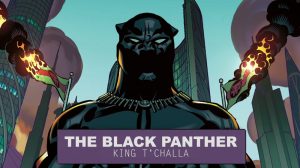