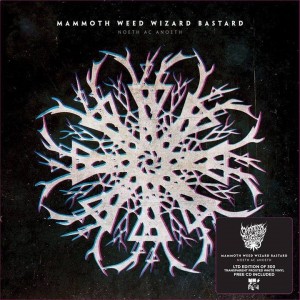 Until today I always thought I understood, knew and appreciated “heavy” music, but as it transpires, after spending a couple of hours in the company of Mammoth Weed Bastard’s debut album, I knew nothing. Until now.  These tunes are so heavy, they make the air pulsate and I swear, you can almost see individual molecules straining to vibrate as they’re weighed down by the power of the three songs on this hour long opus. Imagine if the first Cathedral album had been forged inside a Dwarf Star and it had been imbued with the ethereal qualities of the best acid folk, early Hawkwind and a touch of Neurosis, and you’ll get a pretty good idea of what to expect from Mammoth Weed Wizard Bastard and ‘Noeth Ac Anoeth’.  However, the forces at play in these grooves aren’t to be taken lightly and must be approached with due care and reference, as their incredible, haunting power may just cause your heart to explode and your brain to melt. You have been warned… Tim Mass Movement