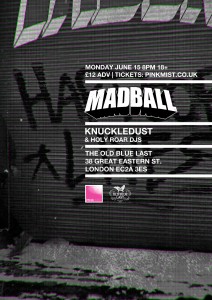 Frontman Freddy Cricien commented ‘We are very excited to be playing Download for the first time! It’s cool to be able to represent MB/HC music on that platform- we’re honored. That said, there’s nothing like a good club show in London – it’s one of our favorite cities to play and in general…. This “surprise” should be off the hook…. Look forward to it!‘

The band are in the UK this weekend to play Download Festival for the first time in their double decade spanning career.
If you’re at the festival be sure to catch them tearing it up in the Maverick Tent on Sunday (17:15-17:55 )