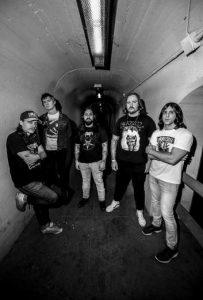 Power Trip are a real band – like no other. Their raw energy, musical proficiency, perfect song structure, rich tones, fierce riffs, persecution and collective attitude has seeded them as one of the most prolific underground staples in metal, punk and hardcore scenes.  They have relentlessly toured the world for years now with the likes of Anthrax, Lamb Of God, Cro-Mags, Negative Approach, Turnstile, Backtrack, Eyehategod, Bane, Off! and have performed with literally countless others, in addition to pummeling audiences at major festivals all over the US, EU and beyond. Power Trip are on the road now with Napalm Death, The Black Dahlia Murder, Pig Destroyer, Abnormality.