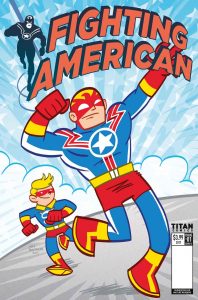 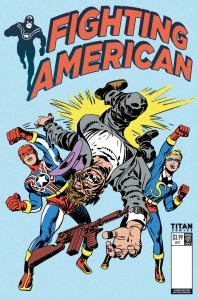 Throughout their long partnership, Simon and Kirby helped revolutionize the comics industry from ground-breaking adventure comics to pioneering romance titles, westerns, crime comics and of course superheroes – a genre they helped to shape and define for generations to come. 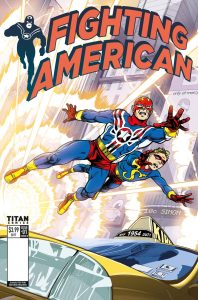 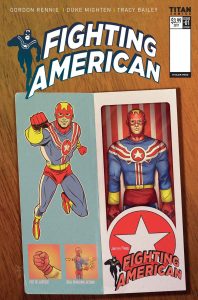 When the 1950s heroes find themselves trapped in the modern world, how will they handle what society has become, and what dangers will they face?

With new villains to contend with and enemies from their past pursuing them, what daring adventures could Fighting American and Speedboy find themselves in now?