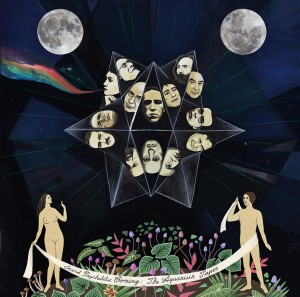 Not all that long ago I reviewed the debut album from The Exploding Eyes Orchestra, which is actually a side-project from this band so here I finally get to hear the originator. Initially sounding quite similar, it is soon clear that Jess & The Ancient Ones is a different beast. Still revelling in mysticism, paganism and the occult, I’m pretty sure this would have featured highly on Mr Aleister Crowley’s playlist for all manner of celebration and ceremony. As with the Exploding Eyes, Jess pays no attention to current musical trends and simply delves into the rich musical history from the past decades. But they do so with incredible agility, springing from three minute songs to drawn out folk-rock-psychedelia with ease. It’s not an album to stick on and start dancing to, but a record that demands your attention, drawing you in as you immerse yourself in their acid drenched world. Music to lose yourself to. Tom Chapman