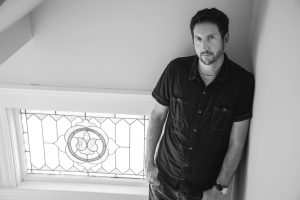 A short story changed my life. No, really, it did.

I was twenty one years old and in my final semester at college. One of the last undergraduate courses I took was an intro to English Literature. I was the only senior in a class with a bunch of freshman and sophomores. I wasn’t (necessarily) trying to score an easy grade. I was a mathematics major trying to take enough humanities courses to fill out a double major. I’d taken some philosophy, French, history, and music classes, in addition to all of the spiffy mathematics, but this was my first and only English class. I’d used to make fun of my girlfriend (she is now my wife) the English Major saying, “Oh you English majors just make it all up out of thin air.” As a young mathematician, my currency was obnoxiousness and cliché, apparently. Of course, I had very little idea how to write a proper paper or a critical essay and at the time, I wasn’t even someone who read fiction for pleasure. I signed up for the class, but I was nervous and apprehensive.

Professor McLaughlin (unlike my stodgy and older mathematics professors) was young-ish, knew what Doc Martens were, and most importantly to me, he was a fan of punk music. We’d talk after class about the Dead Boys, Mission of Burma, and Husker Du. I would work in references and quotes from my favourite songs in essays and papers and, because he was a very good teacher, Professor McLaughlin encouraged my enthusiastic indulgences.

One of the assigned stories we discussed and dissected was Joyce Carol Oates’s classic “Where Are You Going? Where Have You Been?”

A guileless teenage girl named Connie is hanging out a pizza parlour one night and a strange black-haired boy points at her and says, “Gonna get you, baby.” The boy named Arnold Friend (or is he an old fiend?) shows up at her house on Sunday morning, all smiles and wobbly in his greasy boots. He talks to her through a thin front screen door and tries to coerce her into coming out to his car. The story drips with menace and my initial reaction to reading it was visceral, almost physical, and like the first time I heard the Ramones or Husker Du. This was art. And it was the first time I realized that I had the ability to connect to other forms of art besides music. It was a personal discovery, something that spoke to who I was and to who I wanted to be, and as exciting was the knowledge that this story spoke to other people too. Let me say it this way: I didn’t know that people wrote stories like that. I wanted to tell all my friends, make them read it twice, and if I could’ve somehow transcribed it onto a mix tape (this was spring 1993 mind you, we did shit like that back then) to pass around and play at parties, I would’ve.

Reading “Where Are You Going? Where Have You Been?” turned me into a reader, into someone who would seek out more stories. Soon after that story and that class, Lisa bought me Stephen King’s The Stand for my birthday and I inhaled it. For the next two years, sequestered in the wilds of Vermont struggling to earn a master’s degree in mathematics, I also continued to read and read and read. When I emerged (barely) with my degree in spring of 1995, I’d become a voracious reader, and someone who had an inexplicable itch to try writing a story even though he didn’t know the first thing about writing stories other than a feeling he somehow wanted to create.

Twenty years later, in my recent novel, Disappearance at Devil’s Rock, one of the characters has an endlessly clever Snapchat user name of arnoldfrnd.

So yeah, that story changed everything for me. 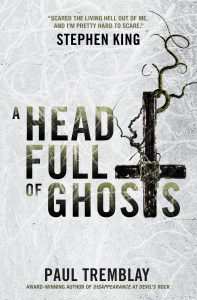