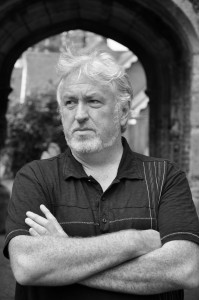 I can think of several incidents that had the potential to ruin my life. But these weren’t the kinds of events I’d enjoy talking about here. However, the incident that changed my life dramatically – and for the better, I think – was when, on my 12th birthday, one of my many older cousins supplied me with a present which in one fell swoop saw me shrug off the remains of my childhood and welcome in my tumultuous adolescence.

A couple of weeks earlier, he’d asked me what kind of music I liked. My answers were pretty stock for that era: Slade, the Sweet, Suzie Quatro. I was a kid after all, and the ’70s had just got going – already a poor shadow of the ’60s for the older generation, but for us a new era of personal development, even if we hadn’t quite identified that ‘pop music’ as we knew it was all a bit lightweight.

Anyway, as I say, my cousin was interested to know what I liked, so I told him.
“Okay.” I remember him nodding thoughtfully, and saying nothing more on the matter. Until the day of my actual birthday, when he turned up at our house and said: “You’re obviously a rocker-in-training. But there’s much better stuff going on in music than you’ll hear on the radio or see on Top Of The Pops. Try these for size.” 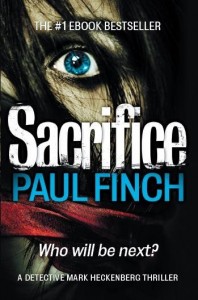 The present he then gave me consisted of two LPs giftwrapped together.
They were Led Zeppelin IV and Deep Purple’s Made In Japan.
The shock these two records would induce in my system cannot be underestimated.

First of all, let’s get the usual clichés out of the way. I’d never heard anything like it. I was mesmerised, blown away, etc. Of course, I did the thing that kids of that age usually do, which was play the two records to death – until my family were sick of hearing them, until my dad voluntarily bought me a pair of earphones (also a first).

It certainly went beyond the mere joy of discovering two bands I hadn’t previously heard of, or playing some cool tunes. It was my formal introduction to a brand of music, and I suppose a type of personal artistic expression, that was much harder, darker and more powerful than anything I’d previously experienced.

Okay, I don’t want to get pretentious about this. This wasn’t my ‘Road to Damascus’ moment … there was no religious insight, or anything like that. But this was somethingnew, at least to me – that was the main thing. It was so new, and so exciting. Highly energised, highly aggressive, highly confident in itself, and yet it was quality too – the polished musicianship and lyrics. There was no anarchic pose, no pretense of anti-establishmentism. This was a type of rock that was designed to be acceptable, but at the same time it occupied the extreme end of that spectrum. 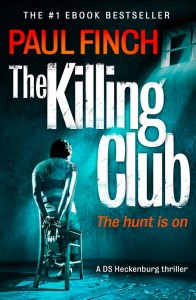 What was more, it seemed to encompass other previously unrelated interests of mine: the folk elements, the mythology, the mysticism. But hell, it was the action in the music too, the epic tone. I was sucked in for all kinds of reasons.

Needless to say, I didn’t draw the line at Led Zep and Deep Purple. I became a relentless hunter of similar bands throughout the 1970s and well into the 1980s, all of whom would colour my own artistic output for the rest of my life. Few, if any, of my novels, stories and screenplays don’t owe something to those wild early days, when heavy rock became the soundtrack to my young life and burgeoning imagination.

Even now, in my 50s, I like to think my work skates on the edge of that abyss. Sometimes it’s full blown – in my horror writing, for example. But my crime and thriller novels too have been described variously as “darkly mysterious” but also as “unimaginable carnage”; or as “frank police procedural, warts and all” and yet at the same time “suffocatingtly frightening”. 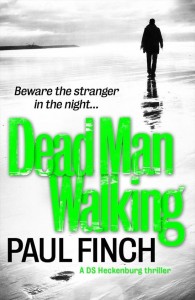 The latest, Dead Man Walking, due for publication on November 20, is perhaps the best example to date, taking my detective protagonist, Mark ‘Heck’ Heckenburg to a wintry, fogbound Lake District on the trail of a brutal ritual-killer long thought dead. Again, I do my best to give my readers fear and thrills in equal measure. It’s still my quest to make my audiences feel they’re in the clutch of awesome, uncontrollable forces.

For more info on this title, and others, feel free to check my blog at any time: paulfinch-writer.blogspot.co.uk/, or come and look for me on Facebook and Twitter: @paulfinchauthor.