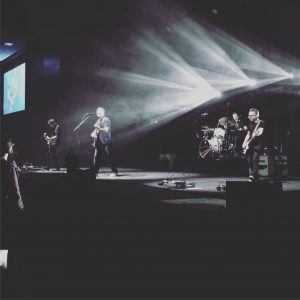 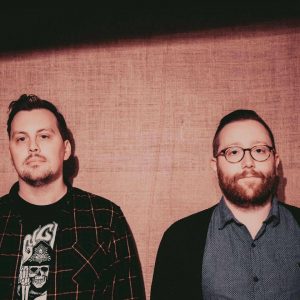 In Canada, we have always had a relatively isolated music scene, especially in the ‘90s and early ‘00s. MuchMusic was our source and because of Government Regulation there had to be 60% Canadian Content over the span of a year; those CRTC regulations along with the fact that the internet wasn’t what it is now we were Canadian kids listening to Canadian music on the radio and television. When I was 12 years old my father and I went to see The Matthew Good Band at our local hockey arena. It was the first concert I attended that I had chosen to go to and it blew my mind. That was the moment when I realized “I want to play music”.  Up to that point I had been taking drum lessons and played along to songs but joining a band was never a thought. Seeing the songs I knew and loved from the albums brought an organic element to music for me. After the performance of “The Future Is X-Rated” (which included beach balls in the pit and a burning stuffed bear on a stake at center stage) from 1999’s Juno Award Winning Beautiful Midnight (the Juno’s are Canada’s Grammy’s), I was hooked. Matthew Good has gone on to have a long and successful solo career that has been very much a Canadian career. He has been my favourite musician, songwriter and personality since that day in June of 2001. I have now seen him 9 times, own every record on multiple formats and still listen to him daily. Thanks, Matt.

Mickey Hayward is the drummer of Canadian Indie Rock band Cope. Cope’s Self-Titled Debut EP is out now on via Norwegian Blue Records