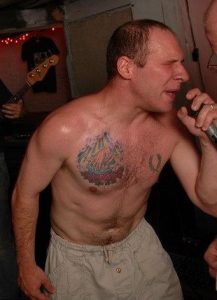 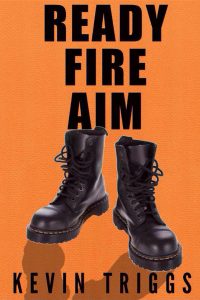 Not a week nor a day or even an hour pass without jagged thoughts of my father. The person that made the conscious decision that he did not want me in his life.

Rejecting me before I could offer a word in otherwise.

Disowning me without hearing my voice.

I would have convinced him that I was more than capable of working hard, meeting his approval, and making him proud.

But, here I am. All of 42 years, knowing full well that none of this was my fault and still agonizing on the regular.

As a father, he ruined me. I’m still way too selfish with my time. I’ve gotten better and will continue to do so. But he taught me that putting yourself first before your children is an acceptable method of parenting.

As a husband, he ruined me. Growing up, there was no husband and wife blueprint for me to follow. Even a flawed relationship (as most are) could have helped me avoid many of the pitfalls that I find my marriage in today.

As a son, he ruined me. When he left my mom he took some of her respect as well. Throughout my early years, I based my relationship with my mother on the actions of him. Her opinion meant less, her sacrifices weren’t as prominent. My dad left her, how good could she really be?

As a worker, he ruined me. I’ve always been hamstrung between needing approval and never having the confidence to believe I could achieve. It’s bled fiercely into my work life. Petrified and unable to discern how to negotiate my own pathway to success.

As an intimate being, he ruined me. Since he wasn’t around, the conflicting dogma of Eazy E and the Catholic church became my sexual reference points as a youngster. And as I began to grow, my understanding of affection continued to twist and still does.

As a brother, he ruined me. I don’t know much about my dad, but I do know he had another son. One much older than me. A man I’m confident I’ll never know. A dynamic in which I will never be able to engage. Both providing and being comforted by the relationship.

As a person, he ruined me. I wanted him to tell me how awesome I was. And every time I heard the silence, my self-medicating progressively got worse. He was never there to tell me to slow down, to take things in stride, to act my age.

Past, present, and future, I take responsibility for all of it. The world will not cut me any shorts because my dad wasn’t around. And I’m well aware all of these can befall anyone regardless of parental support. I’ve watched people grow up in what could be perceived as the most perfect of circumstance, destroy themselves and those around them with relative ease.

But make no mistake about it, through carful introspection and many years of therapy my father’s choice to leave me before I was born absolutely ruined my life.   Kevin Triggs

Kevin Triggs was born (1974) and raised in Milwaukee, WI. His tumultuous upbringing resulted in residencies at numerous schools and visits to juvenile facilities. The local hip-hop and punk scene became the back drop for his early years and his contributions to a vibrant underground still remain.

He eventually was able to attend the University of Milwaukee as he began to craft his writing style while also fronting one of Milwaukee’s premiere street rock bands, The Service. During that period, Kevin also gained experience on the opposite side of the music business working as a publicist for a diverse roster of artists, including Ramsey Lewis and Tony Levin.

Today Kevin works in the digital marketing space managing a select group of clients, while enjoying time with his family.

He continues to write novels as well as his monthly Mixed Martial Arts column, entitled “Knees to the Grounded”, which is currently featured in www.OnMilwaukee.com

His debut novel “Ready, Fire, Aim” is out now.

Features, Music
One comment to “It Ruined My Life… Kevin Triggs”