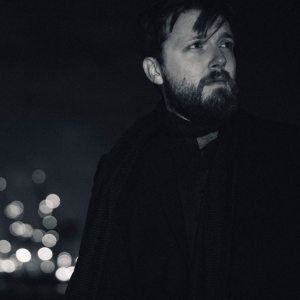 It’s sort of hard to choose just one, so I’m going to cheat a little bit — I’m going to say it was a 15-month spread across 2014 and 2015, during which a series of terrible things happened, including that I went through the last throes of a long-term relationship, got robbed, had my identity stolen, got hit by a car and broke some bones, and had the ceiling of my apartment fall in (because, no joke, the outtake of the toilet upstairs was leaking).

It was a bad run. Comically so. I started to become convinced the universe was out to get me. I’m agnostic and non-superstitious by nature, but it got to the point that I was starting to time 2 to 3 month periods to try to track when I could expect the next disaster. For a while, they came like clockwork. Then things calmed down a bit earlier this year, and we’re back to your standard issue mini-disasters. You know, parking tickets and spurned advances.

But out of that year or so of ongoing hell, I did get a few positive things. First off, I came out of it with a much greater appreciation of my relative health (which I can’t overstate) and something of the inverse about my material possessions (which can be replaced, after all). I also used the whole set of experiences as fodder for creativity, with a renewed sense of the transience of things. So, in a roundabout way, I actually got inspired to pursue endeavors I’d been considering for a long time — including releasing new music outside of work with the band. And I guess that’s how it changed me — I’m answering this question because I released a solo record because over the past few years I was hit by a car, got robbed and had human waste leak through my ceiling. Life is weird.

As a runner up, I do regard the recent election of Donald Trump to be a truly tragic event — that was a contender in the life-changing category for the sake of this answer, as I do think it changes quite a bit about the next many years (decades?) of American life (as well as human life everywhere on the globe). It’s going to get worse before it gets better, too. I haven’t really been able to clear my head just yet from the unbelievable nonsense of the election a few weeks ago and the gore of its aftermath. I’d make some joke about maybe it leading to a second album if it wasn’t so damn bleak. We’ll see where it goes from here.