One of the most influential, yet divisive, individuals the hardcore scene has ever spawned Dwid Hellion is back with a new album, “Howling, For The Nightmare Shall Consume” with the legendary Integrity. Now calling Relapse Records home, Integrity are ready to unleash another albums worth of apocalyptic terror on the world. Mass Movement grabbed Dwid for a quick chat.

MM: What are your lyrical inspirations for the new album? Do you still draw from the occult, horror etc?

DH: My lyrics form mainly through my interests in the occult and horror. Most definitely these interests are peppered throughout the new album.

MM: Have recent political events influenced you in any way?

DH: Not at all. I am interested in human behavior, I do enjoy watching the world burn. Modern politics is akin to reality programming these days and I have no interest in that whatsoever.

MM: All Integrity records contain a bleak outlook on humanity. How do you see the future of humankind these days?

DH: The future is not looking too promising.

MM: What bands, were the biggest influence on Integrity when you started out? 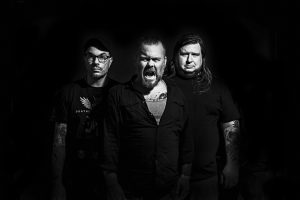 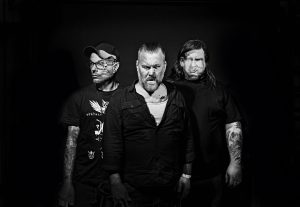 MM: Like so many people, you were into skateboarding as a kid. Did that lead into hardcore or vice versa?

MM: What’s been your most memorable tour/show with Integrity and why?

DH: It’s hard to narrow that down. The last tour we did was great. We had a fantastic time playing music and hanging out with one another.

MM: You are famously part of the Cleveland Hardcore scene that spewed out a handful of great bands. Is there still a scene in Cleveland and do you still consider yourself part of it?

DH: I actually don’t know what their scene is like. I moved to Belgium 14 years ago. I never felt a part of the Cleveland scene, I was born in Indiana and raised in Kentucky, I moved to Cleveland when I was about 16 years old. I suppose I was an outsider in that scene, for the short time I lived there.

MM: Given your history with major labels, were you reluctant to sign with Relapse Records?

DH: Relapse has treated me with a tremendous amount of support and encouragement. I have always longed to work with them, and it has been an absolute honor to have this new album out under the Relapse banner. 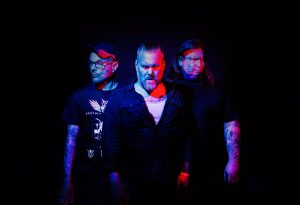 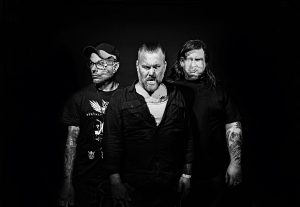 MM: Is the band now essentially you with a collaboration of various artists these days? Does it work better that way?

DH: This album was written by Domenic Romeo and myself. I find working with one fellow musician allows us a greater focus and control over the material and its recording.

MM: When it’s all over, what would you like Integrity to be remembered for?

DH: I have not thought about that. I suppose I hope that the albums have challenged the imagination of our audience and perhaps opened some minds to our perspective.

MM: What are Integrity’s touring plans for the rest of the year?

DH: We have a festival in USA in the fall and a show in Mexico City. There’s a tour of Japan around Halloween, and some other possibilities which have not been fully realized yet at the time of this interview.