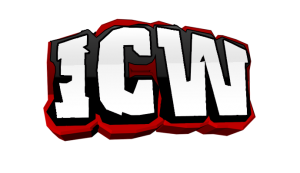 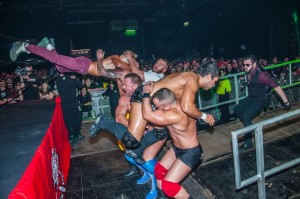 UK entertainment success Insane Championship Wrestling (ICW) embarks on a mammoth eleven date, three-part tour this week, kicking off at O2 Academy in Liverpool before ending at O2 ABC in Glasgow in July. Fighting to return UK wrestling to the spotlight, ICW embraces the sport’s roots while injecting it’s own brand of comedy and theatrical entertainment for a more mature audience. The company is set to host the country’s largest wrestling event since Big Daddy and Giant Haystacks battled it out at Wembley in 1981, with Fear & Loathing IX at Glasgow’s 13,000 capacity SEE Hydro. The move marks a milestone in the brand’s impressive 10 year history, which has seen it rise from a small number of shows in Glasgow to a national phenomenon with multiple events, 30 performers, it’s own on-demand streaming service and television documentaries. Show tickets start at £14.50, subscription to ICW demand is $6.99 per month. For more information visit the official website – http://www.insanewrestling.co.uk/ 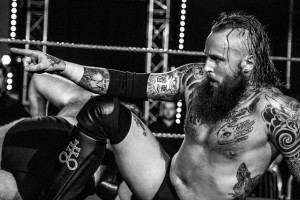 Launched a decade ago by Mark Dallas, ICW answers the cries of professional wrestling fans yearning for a gritty, UK alternative to the family-friendly glitz of the WWE. Wilder and a whole lot funnier, ICW has attracted thousands of fans to the sport by entertaining them with comedic storylines and furious action between wrestlers that play out in matches and on social media.

The 2016 tour will give fans and newcomers the chance to catch all the action up close, including the theatrics, rivalries and comedy that have all made ICW a success. Catch some of the brand’s most-liked stars settle scores and go head-to-head including Grado, Drew Galloway, Damo & Chris Renfrew and more of the 30-strong performers that make up the ICW roster. The three-part tour starts this week in Liverpool, heading to Belfast, Dublin, London, Cardiff, Bournemouth and Newcastle for the ICW Aff The Telly Tour, before hitting The Barrowlands in Glasgow for ICW Barramania II and then finally Manchester, Birmingham and Glasgow in July for the ICW Shugs Hoose Weekender.

Following the tour ICW will not host only its biggest ever event, but the largest UK-owned wrestling event of the last 35 years, taking over the SEE Hydro in Glasgow for the highly anticipated Fear & Loathing IX. 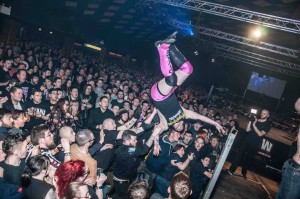 Talking about the 10th year, ICW founder Mark Dallas says: “Over the past ten years ICW has grown beyond our wildest dreams to become the dominating force of pro wrestling in the United Kingdom and that has crossed over to the mainstream like no other company since the days of Big Daddy and Giant Haystacks”

ICW was launched in 2006 by life-long wrestling fan Mark Dallas. Starting with a handful of events at Maryhill Community Central Halls in Glasgow, ICW quickly gained momentum in Scotland and caught the attention of the nation when VICE captured the story of one of the brand’s most popular wrestlers Grado in 2012 with The British Wrestler. More heads began to turn when the BBC filmed the first of two critically acclaimed documentaries on ICW with Insane Fight Club in 2013. The first UK tour launched in 2014 with shows in major cities along with a string of Edinburgh Fringe dates and the meteoric rise continued in 2015 with two UK tours and the brand’s biggest achievement to date when Fear & Loathing VIII sold out the SECC in Glasgow.

Those looking to get in on even more of the action can sign up to the incredibly successful ICW On Demand service featuring full shows, historic matches, podcasts and original content – https://icwondemand.pivotshare.com 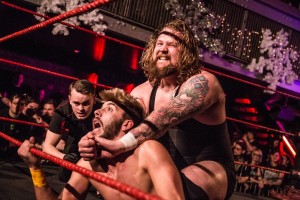 Tickets for all shows are available here