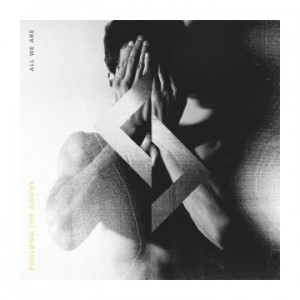 In At The Deep End Records:
“IATDE Records is extremely proud to announce that we will be releasing Prolong The Agony’s EP ‘All We Are’, followed up by their debut album.  Over the last 15 years we’ve released debut records from the likes of Suicide Silence, Gallows, Sylosis, Architects, The Defiled, Feed The Rhino etc and we feel Prolong The Agony will carry on that long line of success stories that come through‘Academy Of Mayhem’. This is a young band that can blend massive amounts of melody into their no nonsense brutal attack. They could have a huge future!”

Prolong The Agony frontman – Larry Welling:
“Signing to IATDE is something we truly never expected and it’s humbling to say the least. To join a roster (past and present) that have had such an influential impact on the UK music scene, bands that we have personally grown up listening to, is a real honour and one that we’ll always be grateful for. We have huge respect for the way this label conducts itself and its long lasting reputation speaks for itself!”