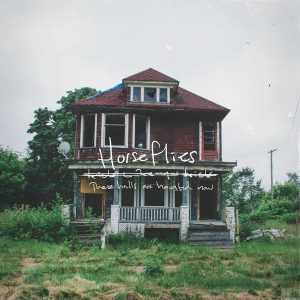 Debut album from Portsmouth 4 piece featuring the multi-talented Joe Watson.  It’s a bit of a departure from Joe’s former band Bloodbuzz whose dark, sample heavy, Therapy? tinged Hardcore made quite an impact on us Mass Movement types when it was released a couple of years back. Horseflies have the same hardcore ethos of Bloodbuzz as evidenced by the short length and off kilter nature of the songs, with only the Future Of The Left-ish  ‘Decaydream’ pushing the 3 minute length. There’s the same unsettling atmosphere that noisemakers such as Archers of Loaf/Drive Like Jehu possessed in the 90s, but with the melodic sensibilities of Fugazi. It’s a hell of a strong debut for band less than a year old. Good stuff indeed.  Ian Pickens