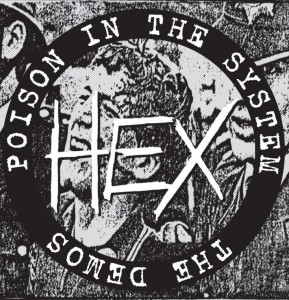 I had not heard of this mob – another obscure UK band plucked from the vaults by the archivists at Boss Tuneage, but when I saw that this early-mid 80’s band from Sunderland featured future members of H.D.Q. and Leatherface I was keen to get it loaded up and blasting out. This disc collects the three demos that Hex recorded, and it is very much in keeping with the anarcho punk style and sound of the time. Their sound is actually really melodic, but with plenty of anger and bite in the message. Think bands like Subhumans, Indian Dream, Civilised Society etc. Although these are all demo tracks (recorded at the famous Bunker in Sunderland) the quality is top notch and the melodic guitar playing really shines through. The message is just as relevant today as it was some thirty years on, which is a sad reflection of the times and a further reason to get releases such as this one out there and heard once more. Tom Chapman