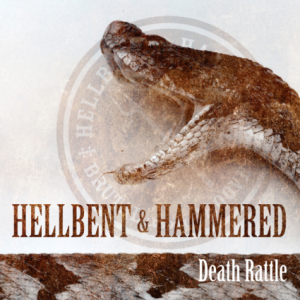 Hellbent & Hammered – Death Rattle (SaN PR)
Even though the riffs are made of stainless steel, and songs built on concrete, ‘Death Rattle’ as a whole is not very impressive. Massive Down influences with the occasional Throwdown / Hatebreed angle recreate the same vibe over and over again. Having said that, if you cannot get enough of tough, sluggish metal(core) you can dive in, as the execution isn’t that bad. The only problem is that whatever the four songs throw at me, I have heard it before. Martijn Welzen