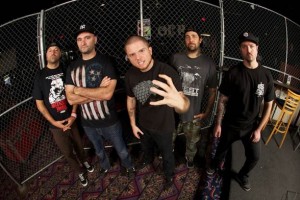 Vocalist Jamey Jasta commented:
“Hatebreed signing to Nuclear Blast worldwide could not come at a better time and we’re extremely excited to get this new album out and commence the world tour in 2016 and 2017! Our diehards have been patiently waiting for headline dates and new songs, we can’t wait for everyone to hear what we have been working on!”

The band are currently in the studio with long-time producer Zeuss (Rob Zombie, Suicide Silence, Whitechapel). The record will be mixed by Josh Wilbur (Lamb Of God, Megadeth) and tentatively scheduled for release in the Spring of 2016 via Nuclear Blast Entertainment. 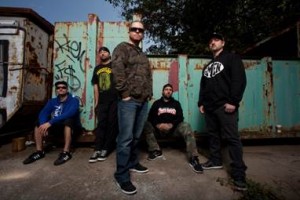 Legacies become forged through consistency. Relentless reliability is intrinsic to longevity in the music business – or any other business for that matter. No giving up is allowed. No promise can go unfulfilled. If people can depend on you, they’ll believe in you and stick with you until death. Since forming in 1994, Grammy Award-nominated hardcore and metal stalwarts Hatebreed have triumphed with every subsequent album.

It’s been a long road, and along the way the band has racked up sales of over 1.5 million records worldwide. They’ve garnered a Grammy Award nomination for “Best Metal Performance” for “Live for This“, and they’ve appeared at prestigious festivals including OZZfest, Mayhem, Download, Soundwave Australia and Wacken Open Air multiple times.

Hatebreed‘s latest album, ‘The Divinity Of Purpose’, was released in 2013 to global critical acclaim.