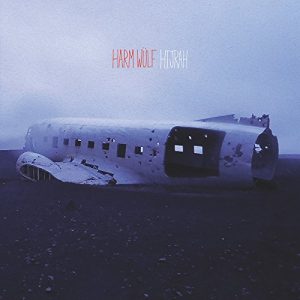 Hijrah, the sophomoric release of Blacklisted’s George Hirsch’s solo project on Deathwish, brings with it further separation from his work in the aforementioned hardcore act. Comprising of acoustic driven tracks with layers of instrumentation, Hirsch is able to tell a musical story of isolation and loneliness.

Hirsch clearly has a heavy weight on his shoulders, and it shows in the slower pace – with the plucking of each individual note ringing out as the songs are set up. While the majority of the record is crisp and clean, moments of discordance creep in to remind you that Hirsch isn’t just going for your average folk sound. There’s a lot of darkness, and almost drone-esque repetition through a lot of the runtime with less emphasis placed on the vocals, with sudden crashes of percussion in your ear to bring you out of it every so often.

It’s a million miles away from my favourite Blacklisted records like  Heavier Than Heaven, Lonelier Than God , but Hijrah is undoubtedlya personal record that shows a very different musical leaning. It’s unlikely to reach the success and audience of Hirsch’s main band, but Deathwish have definitely helped tell us more about the singer of one of their best bands.  James Connors