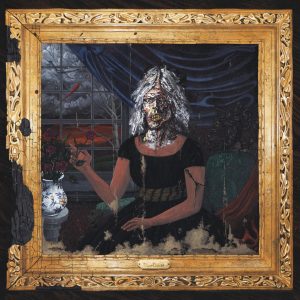 The latest instalment in Cadabra Records’ incredible series of Lovecraft releases finds H.P.L.S. founding member Andrew Leman narrating – and breathing dread life into – one of the author’s most disturbing and unsettling tales, The Lurking Fear.   This is the story in which Lovecraft confronted his fear of isolation and explored the supposed mythology and superstition surrounding remote communities, societies and large families and the ways in which they maintained their genetic legacy and the horror of the rational, reasoned and increasingly civilised world being forced to face, and ultimately deal with behaviour that both society and the author considered abhorrent and primitive. Leman’s reading lends the story a sense of gradually increasing fear and rising terror, and Theologian’s sound design creates an oddly claustrophobic atmosphere that adds to both the tension and the slowly building repugnance that that eponymous hero falls prey to as he begins to realize what kind of monsters and dark abominations he has set out to discover, face and, hopefully, lay to rest, once and for all. Frighteningly fantastic… Tim Cundle