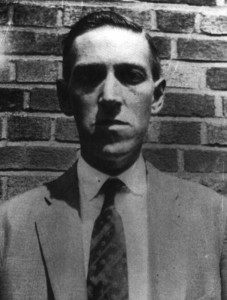 This January, Spoken Arts label, Cadabra Records will proudly bring you the first in a dedicated series collecting the best of author H.P. LOVECRAFT, with The Hound & The Music Of Erich Zann.

2015 marks the 125th anniversary of the life of H.P. LOVECRAFT, the creative mastermind who helped attract countless souls into the realms of horror fiction for more than a century, responsible for the creation of timeless stories such as The Call of Cthulhu, At the Mountains Of Madness, The Shadow Over Innsmouth, The Dunwich Horror and many more.

With this, the first in an ongoing series for Cadabra Records, reader Andrew Leman brings to life stories two of the legendary American writer’s stories, The Hound and The Music Of Erich Zann. Leman is a partner of the H.P. LOVECRAFT historical society, a professional actor with years of stage, screen, and audio performances including The Call of Cthulhu, The Whisperer in Darkness, and Dark Adventure Radio Theatre. Leman’s voice captures the terror, dread, suspense and madness permeating Lovecraft’s writing. Additionally, the liner notes for the record were written by by S.T. Joshi who is a leading scholar on the writer and the author of H. P. Lovecraft: The Decline Of The West (1990), I Am Providence: The Life And Times Of H. P. Lovecraft (2010), Lovecraft And An Age In Transition (2014), and other critical and biographical works. With sound and effects handled by Hickey and the artwork commissioned to Alan Brown, The Hound & The Music Of Erich Zann will markthe first time LOVECRAFT has been read on vinyl in over thirty-five years.

H.P. LOVECRAFT remains a master of the weird tale, his influence has spanned through generations of film makers, musicians, artists, and authors alike. Whether you’ve already read his work or are new to Lovecraft, we promise you will gasp in wonder to the horrors within. Dim the lights, close your eyes, and listen to some of the greatest tales of horror ever told.

Cadabra Records specializes the Spoken Arts — specifically, dark words in the vinyl format — and The Hound & The Music Of Erich Zann will see an initial first pressing of 500 copies. The LP will be pressed on 150-gram vinyl and housed in a gatefold tip-on “old style” jacket, including a 4-page booklet with new liner notes and more. Preorders will be made available the first week of November and the album will ship out in January. Stand by for further details.

— About H. P. LOVECRAFT by S.T. Joshi —
H. P. LOVECRAFT (1890-1937) was born and spent most of his life in Providence, Rhode Island. An early interest in classical mythology, Grimm’s fairy tales, and the tales of Poe led to a lifelong devotion to weird fiction. Ill health early in life caused his formal schooling to be very irregular, and he dropped out of high school in 1908 without a diploma. He began writing stories in 1917, when he was involved with amateur journalism. The founding of the pulp magazine Weird Tales in 1923 provided a professional outlet for much of his work. In 1924 he married Sonia Haft Greene and settled in Brooklyn, but he could not endure the bustle and heterogeneous population of the city, and he returned to Providence in 1926, effectively ending the marriage. In his final decade of life, he did little but write a few stories and an immense number of letters while also traveling up and down the Eastern Seaboard. He was unsuccessful in selling a book of his tales to a major publisher during his lifetime, but after his death his friends August Derleth and Donald Wandrei founded Arkham House to preserve his work in book form. His Cthulhu Mythos-an invented mythology that postulated the existence of immense “gods” who rule the universe-was a powerful fictional representation of the atheism and materialism that underscored his philosophical thought. He has become one of the most widely imitated writers in literary history.