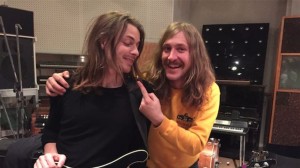 Groove-laden Swedish rockers GRAVEYARD have acquired themselves a new bass player – the band are pleased to announce that Truls Mörck will replace Rikard Edlund moving forward.

The band commented: “A wise women once said: he who hesitates, masturbates. That’s why we haven’t wasted any time getting ready for the future. Take a look here to see what’s going on with the GRAVEYARD.”

The guys have also released this quirky video to accompany todays announcement.

Mörck originally helped found the band back in 2006 and played guitar on GRAVEYARD‘s self-titled debut album that was released in 2007.

The band has also announced that they are currently working on a brand new album. The successor to 2012’s highly successful Lights Out will be released later this year.