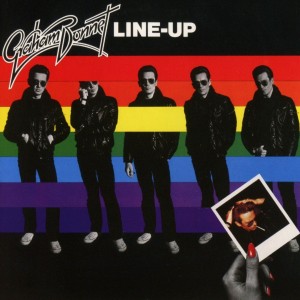 Originally released in 1981 after his stint in Rainbow, the charismatic frontman and legendary vocalists album continued his esteemed style and propelled the sounds of early 80’s melodic rock even further. Backed by legends Jon Lord (keyboards), Micky Moody (guitars) and Cozy Powell (drums) it’s a rocker’s dream team for sure, but is comprised of a blues(ier) sound and isn’t as pounding as Rainbow classics ‘All Night Long’ or ‘Since You’ve Been Gone’. Having said that, Bonnet’s established tones bring a familiarity to any of the projects he graces with his presence, stamping his identity all over them. Diehard fans are going to love it thanks to the inclusion of the customary HNE bumper-accompanying booklet and bonus tracks that are culled from singles and B sides. For those that thought Bonnet’s time was far too short lived in Ranbow, ‘Line Up’ is sure to satisfy even his most rabid of fans…. Mark Freebase