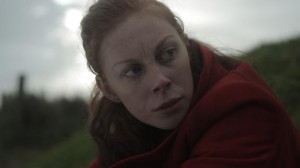 It isn’t often that you get the privilege of seeing a film that makes you think you know what’s going on, only to discover that what you think you know is only one of a myriad of possibilities being offered to you. ‘Beyond’ does exactly that. Part apocalyptic Sci-Fi chiller, part relationship drama, part mind-bending thriller and so much more, it’s a film that demands, and deserves, repeated viewings, and one that will undoubtedly become a cult favourite in years to come. On the eve of its general release, MM caught up with Gillian MacGregor (who plays Maya in the film), to talk about ‘Beyond’, road movies, the state of the UK film industry and so much more. Ladies and gentlemen, boys and girls, meet the incredible Gillian MacGregor…

MM: So, Gillian, how did you become involved in, and with, ‘Beyond’ and what initially attracted you to the character of, and made you want to play, ‘Maya’?
Gillian: Through Spotlight, who contacted my agent and then I went along for the casting, so it was all fairly normal. Then when I was reading the script, as well as the twist at the end obviously, just the way that Maya was, especially in the Wilderness scenes fascinated me. There were so many layers to that character and I just saw the challenge of maintaining the consistency of the character through such a long time span and through such extreme circumstances, and that’s really what attracted me to it.

‘Beyond’ plays on, with and around a number of different cinematic genre’s, namely Sci-Fi, Personal, relationship and romantic drama to add both its main and underlying story, so how would you describe the film to someone, and if forced to pigeon hole it as part of specific genre, which would you choose and why?
Gillian: I would probably say psychological drama. I think calling it a Science Fiction film might make people think of ‘Independence Day’ and its ilk and it’s obviously not that (laughs), so if I had to choose I’d say psychological drama. But when I was doing it, when I was making it and my husband asked me what it was about, I said it was like ‘Blue Valentine’ with aliens and that made sense to me at the time… (laughs)
MM:(Laughing) Yeah, that’s actually an incredibly apt description…
Gillian: Somebody said ‘Once’ with aliens as well, which is also rather good… (laughs)

MM: The film has a small cast, all of whom, in one way or another, interact or are involved with each other, so is it easier to work within a smaller cast (as opposed to a large one) than larger one, and which do you prefer? Small or large productions? Why?
Gillian: Each brings its own set of challenges really. What was particularly good about ‘Beyond’ was that most of the time, it was just Rich and me, in terms of the cast, for most of the shoot. So it meant that we developed a really good short hand with each other and we learned how each other worked very, very early on and we continued that dynamic throughout the whole film. That was great, and then when Paul and Kristian came in for short periods of time, there was a new person to talk to, which was exciting (laughs). Because we were almost in our own little bubble and to have these new people come in with different perspective, which helped you to stay sharp, and it was really good fun.

MM: As Maya and Cole’s relationship forms the core of the film, was it important to you as an actress, that you could establish a rapport with Richard Danum? The evolving nature of their relationship means that every nuance, every action and word is imbued with a raw, savage and earnest reality that pulls the audience into their world, as I’d imagine that it would be difficult to achieve that sort of realism if there was any form of emotional distance or turmoil between the lead cast…?
Gillian: Yeah, because Cole and Maya’s relationship was so intense, as it was focussed in the film and only shows you brief snippets of the most extreme moments in their lives and it was brilliant with Richard because we’d had two weeks rehearsal time, which is a massive luxury in film. At the time, I thought, ‘Ah well, that’s good, we’ll have a laugh, but I’m ready to shoot’ but the rehearsal was amazing as it gave us a chance to work out, and through all the layers, and fill in the gaps and the spaces between us rather than me just having my own ideas based on my own preparation. Which is what I’d normally do in the run up to the shoot and I’d have my journey planned out, but it was nice to be able to collaborate on that which is something that you don’t get to do on film and it meant that the little moments between us, the little nuances in the characters all became quite natural by the time we came to shoot the film.

MM: Do you think that ‘Beyond’ harks back to a more downbeat, cinematic, seventies character led era of film, or do you see it as a more modern riff on the road movie, as it incorporates elements of both a physical and emotional journey into an almost metaphysical whole? Or indeed, do you think its cinematic heart lies elsewhere?
Gillian: I think that there’s definitely an element of both of those things in there. For me, my taste and preference leans more toward the sort of modern and contemporary road movies, so that’s probably why I see more of that sort of influence in it, because those are the kind of films that I like, but I’m sure that people who prefer the seventies style you mentioned will see more of that influence in it. I think the bleakness in the film is very profound, which leans more toward a road movie feel to the whole…
MM: The bleakness of the film also sort of feels like it’s charting the gradual progress of Cole and Maya’s relationship, and especially given that there’s a child involved, it sort of reminded me of Roeg’s ‘Don’t Look Now’… Sorry, I’m beginning to waffle…
Gillian: No, no, it’s nice. It’s nice to see, ad hear about, the different connections that people are making with the film… 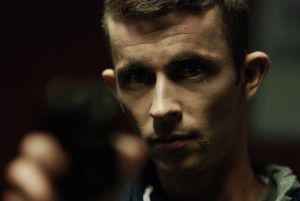 MM: And the ambiguous ending, the tantalising idea of multi-verse theory and there being more than one Cole and one Maya, or the notion that it’s the acceptance of the changing nature of life and the characters relationship and Cole’s acceptance in those moments between life and death… Which is the ending that you believe in? Which is the one that you want, or would you rather leave it up to the audience to decide? Why?
Gillian: I think that everyone is going to take something different from it, dependent on their own perspective. For me, I felt that it was all imagined, that it was all in his mind as he as coming to terms with his behaviour over however long the whole thing unfolds, and the consequences of what he did on the day of the robbery. The consequences of his flippancy which resulted in man losing his entire life, and the fact that he could go through the three years that he spends with Maya without having a feeling or sense of responsibility, especially with the pregnancy, and it’s his conscience forcing him to deal with these issues. I mean, not even the film-makers Tom ad Joe would specifically say what the ending of the film was about either, which means that everybody sees something different…

MM: And it’s that ambiguous nature, the way that the ending plays out, that very rarely happens in film anymore…
Gillian: Yeah and when you asked me about what attracted me to the film, that was one of them. It’s the idea that people are going to talk about, that it is slightly controversial, and with this, people have bene coming out of screenings saying ‘I don’t really understand what happened, but my God, it made me think about things’, and I thought that was brilliant. 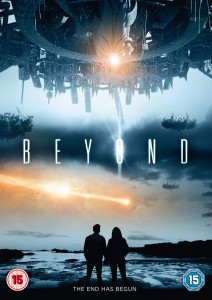 MM: Have you been at all surprised by the reaction and reviews that ‘Beyond’ has garnered? Did you know while you filming that you were making something special, something different that would make its audience think?
Gillian: The thing is with British film, you just never know which way it’s going to go. I mean, I very much hoped that it would find an audience, but you never know with these things so I tend not to think about these things too much when I’m filming. I tend to focus on doing my job, making sure my performance is right, that kind of stuff, but then afterwards, it has been interesting, because it’s divided opinion. I love that, because it’s not going to be for everyone, and that’s fine, because film doesn’t have to be for everyone. We’re all entitled to watch whatever we connect with and some people are going to click with it and some aren’t and that’s good. The fact that people are finding quite personal things to connect with in the film is fantastic, I’m so pleased. That’s the reason I watch films, I want to be emotionally connected and I want to think about these things and figure out how I can maybe apply them to my life, and I’m really happy that it’s finding an audience and that people are connecting with it.

MM: As someone working in the industry, what do you think of the current state of the British film industry? Is it healthier than it’s ever been, simply chugging along or slowly starting to fade away? Why?
Gillian: I think I’d have a different answer for that every month (laughs) Basically, I think we can only grow and we can only get better, and in the wake of the recession it has bene hard. But people are doing stuff, everyone is writing, and everyone seems to have a real passion so I’m hopeful about how it’s all going to go. We’re really innovative here and have some fantastic script writers, so I think it’s just going to grow and grow.

MM: If you found yourself faced with the imminent threat of alien invasion and the wholesale eradication of the human race, what would you do in, and with, your final hours?
Gillian: Oh, I’d take my husband and we’d go in the car to the coast somewhere and we’d just light a fire and have a laugh about all the brilliant times that we’d had and I’d probably ring my family… But I think that if you’re going to go, you’re going to go, so don’t worry about it, just try and spend what time you have with the people that you love.

MM: And finally, what’s next for you Gillian?
Gillian: Well, we got a TV show in development at the moment about female fighters who are kidnapped and forced to fight in an underground tournament and I’m writing that with my writing partner, Emily Corcoran and we’ve shot a pilot which has been really well received and it got an official entry in the New York Television Festival, so that’s taking up quite a lot of time, so hopefully that’ll get off the ground at some point as I’d love that to go. But otherwise, I don’t actually like talking about stuff until I’m on set and very rarely then as I’m quite superstitious (laughs)

‘Beyond’ is available to by on DVD now. 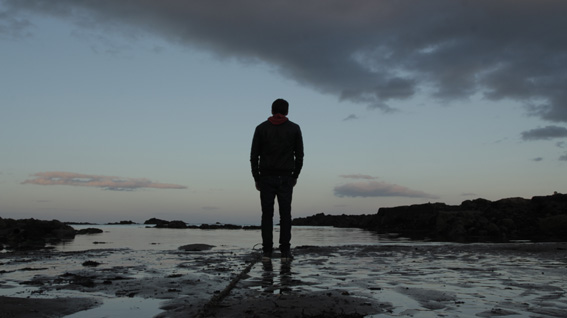