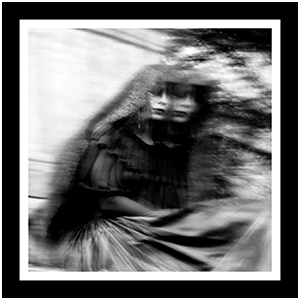 Kicking and snarling like a trapped rabid dog, Gallows are gearing up for the release of their new album ‘Desolation Sounds’, to be released April 13th through Venn/Play It Again Sam Records. Ahead of the release, they are primed to unleash a new track ‘Leather Crown’ as an Instant Grat track to anyone who has or is still yet to pre-order the album.
“Leather Crown is our hardcore opus,” explains guitarist Laurent ‘Lags’ Barnard. “It’s fast, progressive and hits like a ten tonne hammer.”

On top of that, Gallows have announced that they will be joining the line-up for this year’s Slam Dunk Festival alongside their own dates in May. Once out of the traps, Gallows are going to get down to what they do best; battering our brains with punk rock.

‘Desolation Sounds’ is Gallows album number four. Titled after an expanse of water in frontman Wade MacNeil’s native Canada, it features ten songs, runs for 36 minutes and might just be the most bleakly beautiful, weighty and affecting collection of music you will hear this year.
Album pre-orders and exclusive bundles also available from gallows.co.uk
itunes link