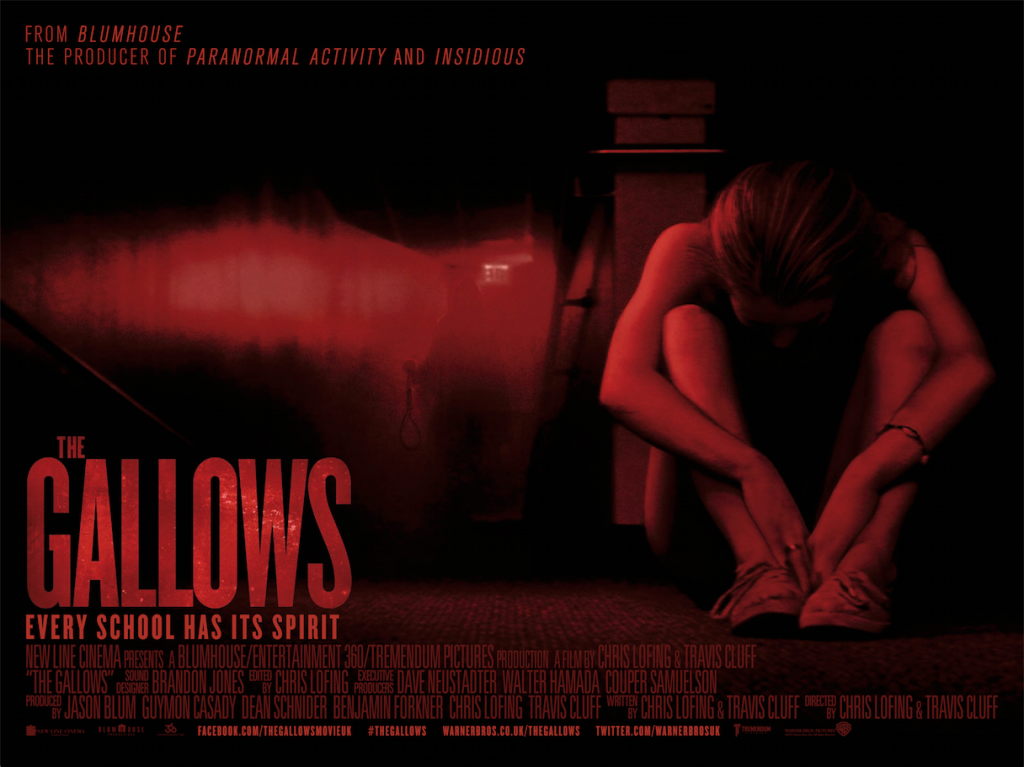 Find out how it all began for Directors Chris Lofing and Travis Cluff, in the ‘Director’s Story’ featurette below.

Jason Blum introduces Travis Cluff and Chris Lofing to audiences as they discuss the amazing story that brought The Hangman to life. THE GALLOWS – In UK cinemas July 17, 2015 – Evil has a new name, here’s Charlie.

Twenty years after an accident caused the death of the lead actor during a high school play, students at the same small town school resurrect the failed stage production in a misguided attempt to honor the anniversary of the tragedy—but ultimately find out that some things are better left alone.