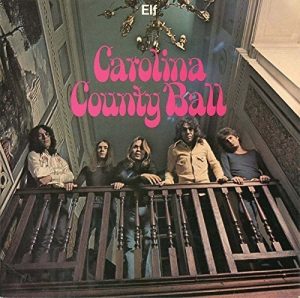 Originally released in 1974, the sophomore Elf (featuring Ronnie James Dio) record blasts out a bunch of punchy tunes. The young frontman, and main songwriter (along with Mickey Lee Soule) was already displaying the kind of charisma that would ultimately lead him to the pinnacle of the world of rock and heavy metal. Way meaner, meatier, and groovier than you may expect for the 70’s, Elf packed a punch alright. The tempo across the record is uplifting, the songs very catchy, and Dio’s vocal command is way stronger than you would of imagined for this era. Produced by maestro Roger Glover Carolina County Ball or LA 59 as it was known outside of the UK is the album that led to the band becoming the opening act for Deep Purple’s legendary Burn Tour. Don’t expect a raging rocker of an album, but do be prepared for a truly epic piece of Dio-history. Accompanied by a bumper booklet containing extensive liner notes, classic photos of old, and even some interviews, R.J.D. fans will find this an essential piece of his jigsaw and even the most ardent of metal heads will appreciate the albums vibe. Mark Freebase