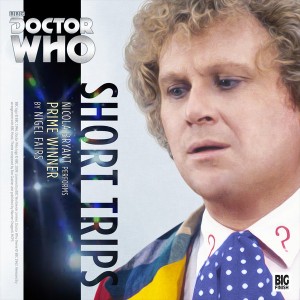 The art of prestidigitation – while commonly associated with magicians and confidence tricksters – is usually also a boon for any work of fiction in which it becomes a plot point or aids in the evolution of the story. Literary sleight of hand, the gift making a reader look one way while the author adds layer upon layer to a tale that’s actually traveling in an entirely different direction: that takes skill, precision and meticulous planning, but when it works, the rewards for both creator and audience can be enormous.  And while the pay-off in Prime Winner doesn’t quite reach the aforementioned levels of enormity (mainly due to the fact that it’s a short story and doesn’t have time to play the long-game, relying instead, out of necessity, on a quick flurry of surprises and reveals) it is, nevertheless, a charming and delightful story imbued with a sense of roguish fun that owes more than a little to Nicola Bryant’s spirited, witty and engaging reading.

After a less than successful visit to Paris, and needing a change of pace, the Doctor- intending to take Peri on a much needed break on the SS Magnificent -manages to once again miss his intended destination and instead land them on an intergalactic casino.  Where in a twisting, turning drama involving mistaken identity, wibbly wobbly timey wimey stuff, larceny and a nefarious plan that the Doctor refers to as “the oldest trick in the book”, they unwittingly find themselves in the middle of a strangely  familiar someone’s run of exceedingly good luck. Nimble, bombastic, light on its feet and full of bluster and bluff, Nigel Fairs Prime Winner is a knowing, and at times slightly tongue in cheek, caper that you can’t help smiling at, and along with.  That’s the way to do it… Tim Mass Movement