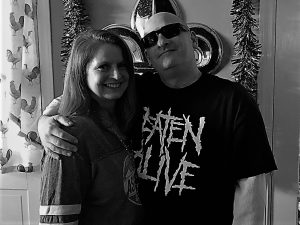 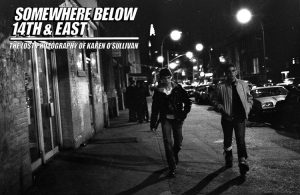 It is with great excitement that independent publisher DiWulf Publishing House announces three new books set for release in 2018.

First up is the amazing photo book curated by Ray Parada: Somewhere Below 14th & East: The Lost Photography of Karen O’Sullivan. Ray’s book collects the work of his good friend Karen O’Sullivan. It is a book filled with gritty black and white photos documenting street and youth culture in and around the early New York Punk and Hardcore scenes and it features amazing photos and anecdotes from the likes of Allen Ginsberg, Joe Strummer, The Misfits, Murphy’s Law, The Kangol Kid, Hector “Macho” Camacho, Harley Flanagan, Mick Jones, Jack Rabid, Ian MacKaye, and many other inspired characters that populated the Lower East Side in the early ‘80s. More than just a scene book, Karen’s photos focus more on the kids than the bands and shows of the time. Ray’s project is part documentation of a forgotten segment of underground street life and part fund-raising efforts to help with Karen’s health care. Slated for a Spring 2018 release, Somewhere Below 14th & East is a vivid slice of youth culture running rampant in the crumbling LES of the 1980s.

Ska aficionado and Bigger Thomas co-founder Marc Wasserman will be releasing his book, an oral history of American Ska from 1979-1986, through DiWulf as well. Marc, a scholar when it comes to the under-documented American Ska and 2-Tone scene, has collected dozens of interviews with members of legendary Ska outfits like The Toasters, Bim Skala Bim, The Untouchables, and many others to present this history of the American version of one of the UK’s most cherished subcultures. Slated for a late summer release, Marc’s book will be a definitive history of American Ska and its impact on youth culture of the ‘80s with perspective and overview from such British luminaries as Pauline Black and Paul Williams.

All in all, 2018 is shaping up to be a busy year for the world’s leading independent  publisher of books about subculture and purveyors of heavy lit, and DiWulf is very excited about the authors and books they are working to publish. For more info on the DiWulf roster of authors and their upcoming books, visit the official DiWulf site: DiWulf.com.