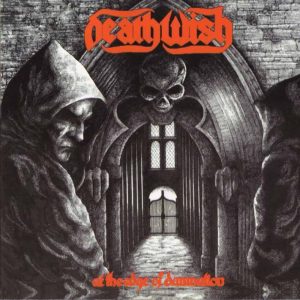 Originally released in 1987 and rooted far deeper in NWOBHM traits than their cutting edge second effort Demon Preacher, the Brighton based neck wreckers, Deathwish, laid a solid foundation with this, their debut album. Treading the edge of the waters of thrash metal and delivering weighty riffs, the nine songs served up here will surely wet any metal heads appetite. But like many a bands first offering the content is sadly overshadowed by a murky production which dampens the overall intensity. That aside, the precision deliverance of rhythms and riffs combine to forge a fearsome beast. With some of the strongest vocals in the UK scene Deathwish seemed poised to make their mark with this record, but it was with second offering Demon Preacher that they really made an impact… Mark Freebase