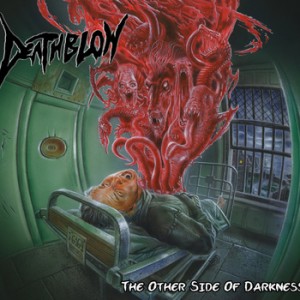 Deathblow – The Other Side Of Darkness (own release)
I really like the idea that an American band like Deathblow is not looking towards the amazing Californian bands from the eighties, for guidance, but towards Europe, or Germany to be exact. This five track CD has the tightness of Kreator, the cut-throat edge of Sodom and overall chaos of Destruction. It’s also the very early work of the masters of Teutonic thrash which is close to Deathblow’s blackened heart. Apocalyptic thrash, that’s all there’s to it, which is topped off by some killer ancient ­Voivod twists. Martijn Welzen