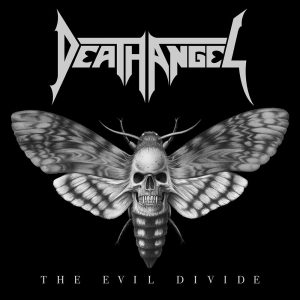 Once again the Bay Area thrashers have come up trumps. With this, their 8th studio album the quintet have combined elements of traditional metal with the all-consuming thrash power of their debut ‘The Ultra-Violence’ and penultimate behemoth ‘The Dream Calls For Blood’. Gargantuan riffs a-plenty, musical precision and songs whose supremacy ensure that the band sound on top form throughout. Whether it’s the encompassing majesty of ‘The Moth’, ‘Cause For Alarm’ or ‘Father Of Lies’ Death Angel have once again raised the bar. Mark Osegueda pushes his vocal deliverance far beyond anything the band have created thus far, driving home and reinforcing everything that Death Angel are and have come to represent. ‘The Evil Divide’ more than delivers and Death Angel 2016 have proved that they’re still a force to be reckoned with. Mark Freebase