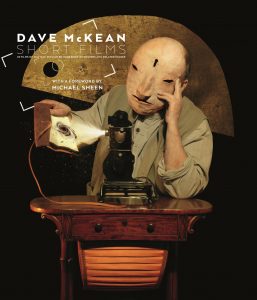 “Dave demands his characters agonize over the meaning of life but he forces us to take the rollercoaster ride as well . . . right to the heart of the creative process—his words and drawings cascading across the page in a perfectly structured cacophony. Beautiful!”—Terry Gilliam