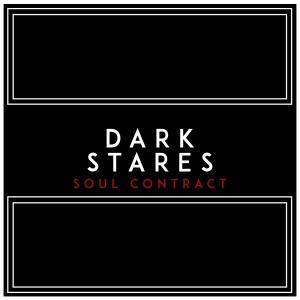 Dark Stares – Soul Contract (self release)
Don’t know a thing about this band but what I do know is that if you like stoner rock in the vein of Black Rebel Motorcycle Club (a band I have seen and was the most boring gig I have ever been to) then you will like this. There’s also a hint of Muse and QOTSA but with less power. It’s not offensive to the ears but with a very dirty sounding guitar I expected a bit more. The tunes are forgettable and have no substance, sometimes a little atmospheric with echoed vocals which seems hypnotic and makes you drift off and think of other things like making a cup of tea or something else less boring. Some bits of songs have their moments when it kicks in with a grunge style especially on “Animal” which is the best song out of the 5 on offer followed by the closing track “Cruise Control”. Not my bag but can see stoner rock fans liking this. Paul Hoddy